ADEX® solve the problems associated with UCB-1’s lack of homogeneity given that is a clonal rootstock. ADEX® uniformity allows a better phenological syncing, therefore improving grafting success, since when the budding decision is taken all plants are in its optimal.

ADEX®, as selected clone, has the favourable features of these P. atlantica x P. integerrima hybrids:

-Significantly higher productivity of the trees when compared with other rootstocks in deep and fertile soils with enough water availability.

ADEX®’s great vigour will allow to increase yields when compared with other rootstocks. In addition, its good adaptation to clayey and saline soils make possible to plant in zones otherwise unable for pistachio growing. This rootstock speeds up fruit production, obtaining greater yields in less time.

Micropropagation (propagation by tissue culture) is an aseptic multiplication method that guarantees plant health quality standards. Besides, micropropagated material is transplanted in containers filled with peat mixture and separate from soil, avoiding contact with soilborne pathogens.

Our containers have vertical interior ribs and net bottom, the container is kept elevated from ground. This system promotes air-root pruning, avoiding circling and ascending roots, keeping the natural root geotropism and assuring a right rootstock anchoring in the field.

Without a shadow of doubt, ADEX® is going to mark a new era in the Spanish pistachio growing (cropping, production, industry), a product that in the last few years is being strengthen by its great profitability. 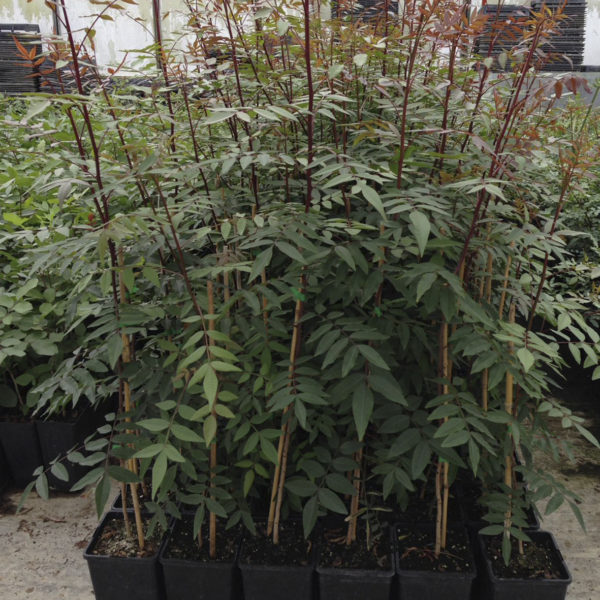 DATA SHEET
Category: Pistachio rootstock
Top
We use our own and third-party cookies to perform usage analysis and measurement of our website to improve our services. If you go on surfing, we will consider you accepting its use.AcceptRead More